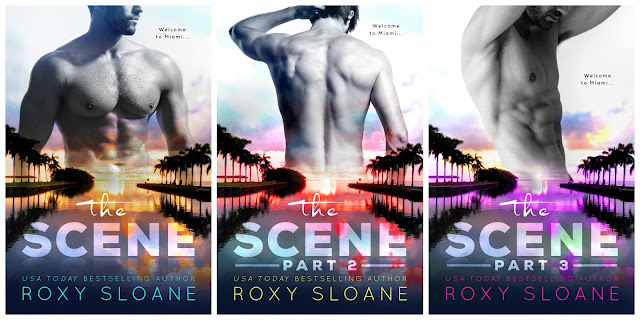 Miami. The city of sex, sin — and secrets.

I came here with one mission: solve the mystery behind my brother’s death.
Somebody’s got answers.
Somewhere, I’ll find what I’m looking for.

I didn’t bet on Xavier. He’s my way into the scene — and my biggest threat.
I should keep my distance, but I can’t stay away.

I'm playing with fire, and I just pray I don't get burned.

The one man I can’t stay away from is the man I swore to destroy.

I came to Miami determined to reveal the truth behind my brother’s death. Now I’ve discovered that Xavier NAME is the crime king running this city — and I’m going to take him down - if I can keep my hands off him long enough to think straight.

I’m in over my head now, but there’s no going back.

I’m undercover to reveal the truth about my brother’s killer.

A double life. A dangerous game - with a sexy-as-hell man at the other end of the gun.

The stakes are life or death, but I can’t walk away.


Roxy Sloane is a romance junkie with a dirty mind. She lives in Los Angeles with her hot ex-military hubby and her two kids. She loves writing sexy, complex stories about pushing the boundaries and risking it all. 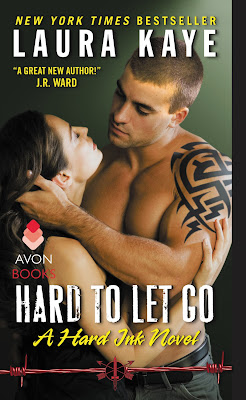 Beckett Murda hates to dwell on the past. But his investigation into the ambush that killed half his Special Forces team and ended his Army career gives him little choice. Just when his team learns how powerful their enemies are, hard-ass Beckett encounters his biggest complication yet—a seductive, feisty Katherine Rixey.

A tough, stubborn prosecutor, Kat visits her brothers’ Hard Ink Tattoo shop following a bad break-up—and finds herself staring down the barrel of a stranger’s gun. Beckett is hard-bodied and sexy as hell, but he’s also the most infuriating man ever. Worse, Kat’s brothers are at war with the criminals her office is investigating. When Kat joins the fight, she lands straight in Beckett’s sights . . . and in his arms. Not to mention their enemies’ crosshairs.

Now Beckett and Kat must set aside their differences to work together, because the only thing sweeter than justice is finding love and never letting go.

Click to Buy the Hard Ink Series on Amazon:

Laura is the New York Times and USA Today bestselling author of over a dozen books in paranormal and contemporary romance. Growing up, Laura’s large extended family believed in the supernatural, and family lore involving angels, ghosts, and evil-eye curses cemented in Laura a life-long fascination with storytelling and all things paranormal. She lives in Maryland with her husband, two daughters, and cute-but-bad dog, and appreciates her view of the Chesapeake Bay every day.

Taking a deep breath, Beckett knocked on the door.

He turned the knob, and the door opened.

“Go away,” came a strained voice.

Beckett poked his head through the opening. Kat sat in a ball in the corner, her legs pulled up to her chest, her arms hugging herself tight.

“Aw, Jesus, Beckett. Really?” Her face was splotchy and her eyes watery, though he didn’t see any tears.

Ten-to-one she was going through some adrenaline letdown right now, too. Which no doubt made it all worse. That shit could fuck you up even when you were used to how it left you feeling drained and shaky, by how all the stress you’d suppressed during the height of the crisis boomeranged twice over after the fact.

He came into the room, closed the door, and turned the lock for good measure. And then he crossed to Kat, scooped his arms under her knees and behind her back and lifted her up against him.

She smacked his chest. “Put me down.”

“I don’t need this right now, Beckett. Put me down.”

“Yes, you do,” he said, sitting on the edge of the mattress. He pulled her face in against his throat and smoothed her hair back from her cheek. She trembled against him, just the littlest bit, her skin hot to the touch. He pressed a kiss to her forehead and hugged her tighter. “You did good, kid.”

Every one of her muscles went tight. Her hand fisted in his shirt. And her breath caught as she buried her face against his neck and shoulder.

Then Kat burst out crying.

And it was like being torn apart and put back together, all at once. He hated her pain, but he adored that she wasn’t hiding herself from him, and that she was letting him be there for her.

He didn’t shush her, or try to talk her down, or encourage her to dry her eyes. To be sure, her tears were like daggers in his heart—they hurt like fucking hell. But the only way she was going to feel better was to let this shit out. Ironic realization for him—he did actually see that. But just because you could see what was good for others didn’t mean you had the first goddamned idea how to apply those principles in your own life. And that was a problem for another time anyway.

Some Girls Do by Clodagh Murphy: Book Blitz & Giveaway 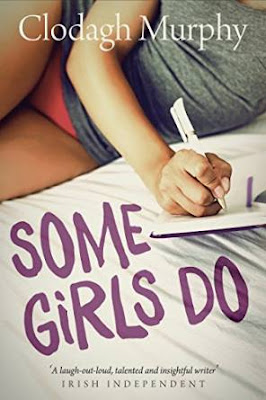 Claire Kennedy is NiceGirl, the anonymous author of steamy online blog 'Scenes of a Sexual Nature'. An internet sensation, she attracts the attention of Mark Bell, a hot London publisher. But when it becomes clear that Mark is interested in more than just a book deal, Claire has to act fast. Because little does Mark know that NiceGirl is a lot more experienced in the bedroom than real-life Claire Kennedy.

Mark is offering Claire the life she's always dreamed of - a steady relationship, the literary world of London and a posh Highgate apartment.

But when Claire hires the services of struggling artist and commitment-phobe Luca to brush up on her sex skills, things get more complicated...

Great sex, friendship AND love ... can't a girl have it all?

I was born and brought up in Dublin, with my two brothers and two sisters. I had a very happy childhood until I was 5, when I was sent to school. I spent the next thirteen years waiting to leave. After school I went to university to study French and Spanish, but I dropped out after a year.

In my early twenties I moved to London to seek my fortune. I didn't find it, but I had a lot of fun while I was looking. That was in the eighties. After several years I returned to Dublin, which is now home. I'm happily single and live in the heart of the city with a strong supporting cast of imaginary characters.