The Risk (Briar U #2) by Elle Kennedy: Review 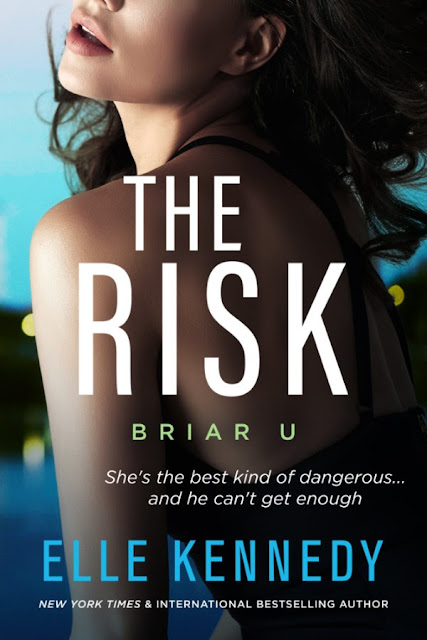 Everyone says I’m a bad girl. They’re only partly right—I don’t let fear rule me, and I certainly don’t care what people think. But I draw the line at sleeping with the enemy. As the daughter of Briar’s head hockey coach, I’d be vilified if I hooked up with a player from a rival team.

And that’s who Jake Connelly is. Harvard’s star forward is arrogant, annoying, and too attractive for his own good. But fate is cruel—I require his help to secure a much-coveted internship, and the sexy jerk isn’t making it easy for me.

I need Connelly to be my fake boyfriend.

For every fake date…he wants a real one.

Which means this bad girl is in big trouble. Nothing good can come from sneaking around with Jake Connelly. My father would kill me, my friends will revolt, and my post-college career is on the line. But while it’s getting harder and harder to resist Jake’s oozing sex appeal and cocky grin, I refuse to fall for him.

That’s the one risk I’m not willing to take.


Click to Buy the Briar U Series on Amazon:


A USA Today bestselling author, Elle Kennedy grew up in the suburbs of Toronto, Ontario, and holds a BA in English from York University. From an early age, she knew she wanted to be a writer and actively began pursuing that dream when she was a teenager. She loves strong heroines and sexy alpha heroes, and just enough heat and danger to keep things interesting!

After reading and loving The Chase by Elle Kennedy, I was dying to read the next book in the Briar U Series, especially after learning it would be Brenna’s book. I want to go on record saying that I knew who her love interest would be from the very moment he was introduced in The Chase. Who else would be paired with the coach’s daughter from Briar University other than the team captain of their rival, Harvard? The sparks that flew between Brenna Jensen and Jake Connelly when they exchanged angry barbs made for an intriguing prospective pairing, but talk about a forbidden romance! Their potential romance promised to be nothing short of explosive and I, for one, couldn’t wait to dive in to The Risk.

Part enemies-to-lovers, and part fake relationship romance, The Risk follows Brenna and Jake as they navigate the pressures of life and love, all while still attending school. With his stellar record on the ice and a single-minded dedication, Jake's future as a professional hockey player has already been decided, while Brenna is tirelessly working toward her dream job in sports broadcast journalism. It's when Brenna struggles to be taken seriously as a female in a male-dominated profession that she shamelessly uses her nemesis to get a leg up. Brenna might be using Jake but he’s all too willing participant, especially when it means scoring some “real” dates as part of their “fake” relationship arrangement.

With crackling sexual tension, snarky banter, and chemistry to spare, the pairing of Briar University's resident bad girl and Harvard's playboy hockey captain is fun, steamy, and endlessly entertaining. Jake's cool, effortless confidence is the perfect complement to Brenna's daring, brazen persona, with each teasing, taunting, and challenging the other with every breath. Their love/hate, push/pull dichotomy gives each page an electric, provocative feel that had me eager for their every interaction.

After reading The Risk, I was reminded why I love NA novels and why Elle Kennedy is particularly adept at creating riveting, brilliantly-written stories in this genre. The Risk employs lighthearted humor while tackling serious subject matters, never letting the age of the characters dictate what should or shouldn't be included in the narrative. The Risk is bold. It's sexy. It's dramatic. It's completely impossible to put down once you get started. The Risk is another must-read installment in Elle Kennedy's Briar U Series and I'm beyond excited for what's coming next.