Love Her or Lose Her (Hot & Hammered #2) by Tessa Bailey: ARC Review 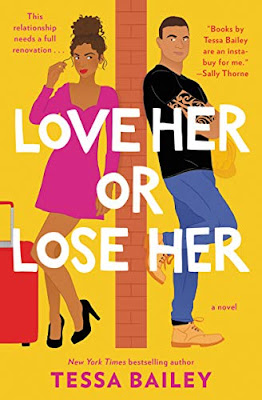 Rosie and Dominic Vega are the perfect couple: high school sweethearts, best friends, madly in love. Well, they used to be anyway. Now Rosie’s lucky to get a caveman grunt from the ex-soldier every time she walks in the door. Dom is faithful and a great provider, but the man she fell in love with ten years ago is nowhere to be found. When her girlfriends encourage Rosie to demand more out of life and pursue her dream of opening a restaurant, she decides to demand more out of love, too. Three words: marriage boot camp.

Never in a million years did Rosie believe her stoic, too-manly-to-emote husband would actually agree to relationship rehab with a weed-smoking hippie. Dom talking about feelings? Sitting on pillows? Communing with nature? Learning love languages? Nope. But to her surprise, he’s all in, and it forces her to admit her own role in their cracked foundation. As they complete one ridiculous—yet surprisingly helpful—assignment after another, their remodeled relationship gets stronger than ever. Except just as they’re getting back on track, Rosie discovers Dom has a secret... and it could demolish everything.


Click to Buy the Hot and Hammered Series on Amazon: 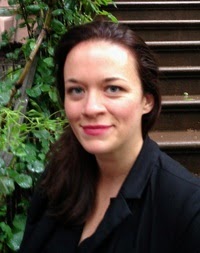 A second chance romance is probably my favorite trope to read, so I’ve read a good amount of them over the years. Reading a second chance romance about a marriage in trouble initially gave me pause (because: angst), but Tessa Bailey has never steered me wrong before. I went into Love Her or Lose Her with an open mind, ready to (possibly) get my heart obliterated but knowing that everything would work out in the end. With an emotionally-charged storyline, a smoking hot romance, and characters that flawed, passionate, compelling, and unforgettable, Love Her or Lose Her is a heartbreakingly beautiful love story about second chances and self-discovery.

After a decade of marriage, communication between Rosie and Dominic Vega is almost nonexistent. They might as well be strangers, dancing around the many issues they have everywhere except the bedroom, coming together solely to satiate the explosive attraction that’s still very much alive between them. Trapped in a dead-end job and aspiring to run her own restaurant, Rosie Vega is discontent with her career as well as with her love life, while her husband, Dom, works hard to provide for his wife, but remains emotionally detached. What they lack in conversation, they more than make up for in passion, but giving in to the raw, primal desire they feel for each other is no longer enough for Rosie, who craves a deeper connection. In a last-ditch effort to save their relationship, the couple attends counseling to discover whether or not their marriage is salvageable.

Packed with gut-wrenching angst, palpable sexual tension, and a tumultuous, intensely emotional narrative, Love Her or Lose Her is a riveting, evocative second chance romance. Rosie and Dom's journey of rediscovering themselves and becoming acquainted with the people they’ve evolved into is the heart of the story, which kept me engaged and tugged on my heartstrings. What makes this book such an undeniable page-turner is the explosive chemistry between the two protagonists. For two people who have figuratively drifted apart, they're remarkably in tune with each other’s innermost needs and desires. Lust practically emanates from their pores, creating an intense, frenzied need for each other that's never satisfied. Repairing their marriage involves an exercise in restraint and delayed gratification, yet they manage to generate enough heat between them to steam up the pages to blush-inducing levels.

After reading Fix Her Up, I didn't think it was possible to love the Hot and Hammered Series more than I already did. But then Tessa Bailey gave us Rosie and Dom's story, and my heart was filled to bursting with joy and laughter and love and friendship. Yes, there's drama and angst, but ultimately Love Her or Lose Her left me feeling perfectly satisfied and even more impatient for the next book in the series.