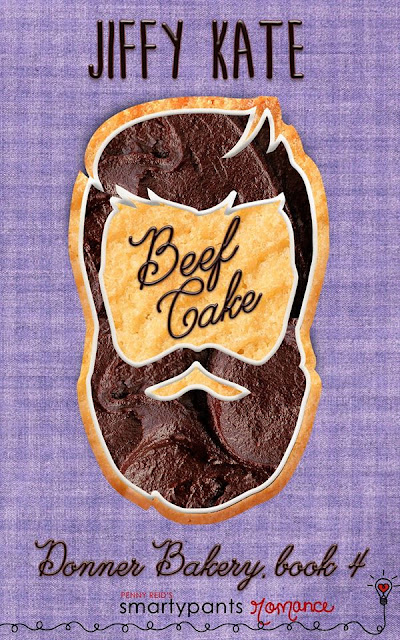 If opposites do actually attract, then Gunnar Erickson and Frankie Reeves take the cake.

Frankie Reeves is complicated, even though she won’t admit it. She fills her days working as an ER nurse, taking care of her mom, and searching for the father she never knew. Anything else has no place in her perfectly compartmentalized, purposefully simple life. Attachments? No thank you. She has no time for that.

Gunnar Erickson recently moved to Green Valley to train at Viking MMA with his brother Cage. Being the youngest of the Erickson clan, he’s always felt like he has something to prove, and now that he’s finished with college, it’s his time to shine. But before he can step into the ring, a freak accident sends him to the ER and into the care of one Frankie Reeves.

While he’s immediately smitten, she pretends to be unfazed by this six-foot-three, two hundred and thirty-pound beefcake. Gunnar sets out to prove to Frankie that, not only does she like him more than she wants to admit, but he’s not the uneducated, brute she assumes he is. To Frankie, he’s the worst kind of complication, but that doesn’t make it easy to stay away.

‘Beef Cake’ is a full-length contemporary romance, can be read as a standalone, and is book #4 in the Donner Bakery series, Green Valley World, Penny Reid Book Universe. 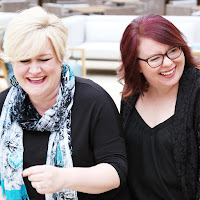 Together, they’ve written over twenty stories. Their first published book, Finding Focus, was released in November 2015. Since then, they’ve continued to write what they know–southern settings full of swoony heroes and strong heroines.

“I wanted to see you,” I admit. There’s no sense in beating around the bush. If she doesn’t know I’m into her, then I really need to reevaluate my strategy, or up my game.

Opening the door, she turns her back to me and I see the way her shoulders lift then fall, and when she speaks, she sounds distracted. “Can you just—I can’t deal with this. I don’t have time to deal with you, okay? I'm not interested. Leave me alone.”

I feel my entire body deflate. She wants me to leave her alone, I’ll leave her alone. But since we’re here, talking, and this might be my last chance, a part of me I can’t ignore wants to make sure her disinterest isn’t because I’m a fighter.

“Okay. Fine. But do you mind if I ask why?” I get the feeling she has her guard up all the time. I get it, I do. She’s a beautiful woman, but it’s got to be exhausting. Somehow, I’d still like to prove that it’s not necessary with me.

She slowly turns back around. “Why what?” It’s obvious she’s trying to avoid answering, so I spell it out for her.

“Why aren’t you interested?” I ask, keeping it casual and relaxed as I take a step back until my back is flush with the side of the truck. I don’t want her to feel threatened or pressured, but I do want her to talk. So, I’m hoping if I give her a little space, she’ll open up.

“You can be honest, it’s cool.” I shrug. “I’m just looking for some constructive feedback here. So, do you not find me attractive?” I ask, unable to keep from smiling. “Or are you just not into blondes? Or muscles?” I continue, trying a more playful approach, and it works. The side of her mouth pulls as she fights back a smile, her cheeks heating.

“I—you know I find you attractive,” she mumbles reluctantly, the stain on her cheeks warming to red.

I nearly sigh in relief but stop myself, because this means her disinterest has its root in my fear. “Frankie,” I continue softly, “is it because I’m a fighter?”

Her gaze cuts to mine and she presses her lips together, and that’s all the answer I need. My stomach drops.

We stand there like that, watching each other, and she sways toward me, her eyes conflicted.

“Listen,” I tell her, sighing, putting my hands in my pockets. “Go on one date with me, pretend I’m a lawyer, a doctor—”

She snorts, rolling her eyes. “I wouldn’t go on a date with a doctor either.”

Now her lips twist to the side to hide a new smile.

She eyes me and I can tell she’s giving it some thought, which is hopeful.

Patiently, I wait for the final verdict, hoping it’s not a no.

“You’re incredibly persistent.” Still struggling with her smile, she sighs in mock exasperation.

Am I proud of the fact I’ve convinced her to give me a shot in such a short time? Yes. And no. Yes, because I set out to do something and nothing makes me happier than accomplishing a goal. No, because I hate that I had to do it in the first place. I’ve never had to convince someone to talk to me or go out with me. But her misconceptions about me based on what I do don’t sit right.

Thumbing my bottom lip, I give her a smirk. “I’ve been told my persistence is an attractive quality.”

She finally—fucking finally—fully smiles, and it’s everything. The sun, the moon, the stars. I swear it just lit up this dark-as-fuck parking lot. “Is that so?” Her tone is different. She’s losing the chill and I’m thinking there might be a warm, soft center under that thick layer of ice.

And, fuck if I don’t want to find out.

“Tomorrow morning,” she announces, interrupting the fantasy of her curves under my hands.

“Morning?” I ask, not sure I heard her correctly. With the blood leaving my brain and flowing to my dick, it’s possible I wasn’t paying attention.

Crossing her arms, she copies my stance, leaning against her car. “Yes, tomorrow morning. Daisy’s Nut House. If we’re doing this, we’re doing it on my terms, and I’m busy. That’s my only offer. Take it or leave it.”

I get the feeling she thinks her offer is going to scare me off or change my mind, but she’s badly mistaken. “Tomorrow morning,” I confirm. “What time?” She could tell me two o’clock on the moon and I’d make that shit happen.

Again, the quirk of her head tells me it’s a challenge. One I gladly accept.

“I’ll be there at six thirty,” I counter.

There’s an air of skepticism whirling around, but I’ll be happy to see her look of surprise when I’m sitting in the parking lot of Daisy’s Nut House tomorrow morning when she arrives. Shit, I might drive over there now and sleep in the truck, just to make sure I’m early.

Her laugh, although disbelieving, is music to my ears. It might also be my new favorite sound.

Shaking her head, she gets into her car without another word and I stay put, watching her buckle up and drive off. I’m pretty sure she stops and looks back at me before turning out on the street. Could be my wishful thinking, but I’m going to roll with it.