You Deserve Each Other by Sarah Hogle: ARC Review 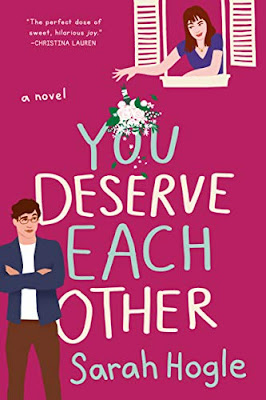 Naomi Westfield has the perfect fiancé: Nicholas Rose holds doors open for her, remembers her restaurant orders, and comes from the kind of upstanding society family any bride would love to be a part of. They never fight. They're preparing for their lavish wedding that's three months away. And she is miserably and utterly sick of him.

Naomi wants out, but there's a catch: whoever ends the engagement will have to foot the nonrefundable wedding bill. When Naomi discovers that Nicholas, too, has been feigning contentment, the two of them go head-to-head in a battle of pranks, sabotage, and all-out emotional warfare.

But with the countdown looming to the wedding that may or may not come to pass, Naomi finds her resolve slipping. Because now that they have nothing to lose, they're finally being themselves--and having fun with the last person they expect: each other.

When your nemesis also happens to be your fiancé, happily ever after becomes a lot more complicated in this wickedly funny, lovers-to-enemies-to-lovers romantic comedy debut. 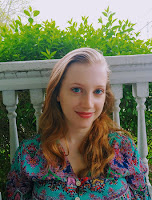 Sarah Hogle is a stay-at-home mom who spends her free time planning weird pranks. Her dream is to live in a falling-apart castle in a forest that is probably cursed. You Deserve Each Other is her debut novel.

A lovers-to-enemies-to-lovers rom-com about an engaged couple trying to force each other to end things? It’s definitely not a plot I’ve come across before, which is why I was so excited to read You Deserve Each Other by Sarah Hogle. I devour rom-coms on a regular basis and it’s rare to find a book that makes me laugh aloud from start to finish, but You Deserve Each Other is hands down one of the funniest, most delightfully ridiculous books I’ve ever read.

Engaged couple, Naomi Westfield and Nicholas Rose, are stuck in a rut. After nearly two years together, their upcoming nuptials evoke a sense of impending doom rather than excitement. Neither are particularly satisfied with their lackluster romance, but they aren’t willing to end their engagement, which would mean being stuck with the bill for their rather pricey wedding. To avoid the expense, each is determined to make the other throw in the towel, using whatever nefarious means necessary...

Having read my fair share of second chance romances, I can honestly say that You Deserve Each Other is a unique, fresh take on the trope. An engaged couple falling back in love with each other isn’t a storyline I expected to come across, but the narrative compellingly combines dry humor and heartfelt sincerity in a way that makes you laugh uncontrollably even as it tugs on your heartstrings. The lingering feelings and unresolved issues between Naomi and Nicholas play out in a twisted game of one-uppance leading to increasingly hilarious results. The two engage in a type of psychological warfare, but the irony is that, the more they’re at each other’s throats, the more their shields are dropped, and they start to open up about where they went wrong.

It’s not often you get an evil mastermind for a heroine, but Naomi is truly one of a kind. Every unfiltered thought that passes through her mind and every harebrained scheme she concocts is pure genius, and I’m just happy to have gone along for the ride. With Naomi at the helm, You Deserve Each Other is such an outrageously silly story, that you can’t help but chuckle maniacally and get swept up in the absurdity of it all. The humor kept me glued to each page of the book, but it’s the romance at the heart of the story that had me so emotionally invested.

If you’re looking for a love story that’s thoroughly entertaining, endlessly amusing, and will leave you with both a tear in your eye and a smile on your face, You Deserve Each Other is a must-read!

*complimentary copy provided by publisher for an honest review