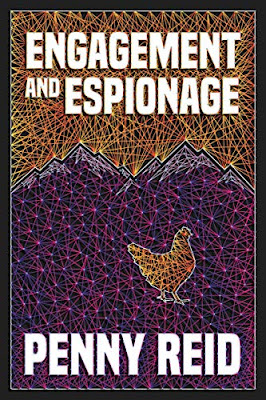 Jennifer Sylvester made her deal with the devil . . . and now they’re engaged!
But all is not well in Green Valley. A chicken choker is on the loose, 61 dead birds most "fowl" need plucking, and no time remains for Jennifer and her devilish fiancé. Desperate to find a spare moment together, Jenn and Cletus’s attempts to reconnect are thwarted by one seemingly coincidental disaster after another. It’s not long before Cletus and Jenn see a pattern emerge and the truth becomes clear.
Sabotage!

Will an undercover mission unmask the culprit? Or are these love-birds totally plucked?

'Engagement and Espionage' is the first book in the Solving for Pie: Cletus and Jenn Mysteries series, is a full-length cozy mystery, and is a spin-off of Penny Reid's Winston Brothers series. This novel is best read after 'Beard Science,' Winston Brothers #3.

Click to Buy the Solving for Pie Series on Amazon: 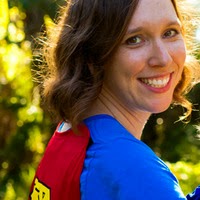 Penny Reid is a part time author of romantic fiction. When she is not immersed in penning smart romances she works full time in the biotech industry as a researcher. She's also a full time mom to two diminutive adults (boy-7 and girl-5), wife, daughter, knitter, crocheter, sewer, general crafter, and thought hijacker.

There aren’t many characters quite like Cletus Winston. The man is a fascinating combination of mischievous, blunt, intelligent, and calculated. Whether you’re getting to know him through his own book, Beard Science, or through his brief, but scene-stealing appearances in other books in Penny Reid’s Winston Brothers Series, Cletus Winston is one of the most unique and memorable characters I’ve had the pleasure of meeting. That’s why, when Penny Reid announced she’d be giving Cletus and his now-wife, Jenn, their own spin-off series, I was thrilled. I mean, Jenn and Cletus solving mysteries together? Who wouldn’t want to read about that?!

Taking place not long after the end of Beard Science, Engagement and Espionage follows Jenn and Cletus as they navigate balancing their new relationship with their busy schedules. Jenn’s personal life recently spiraled out of control with her parents’ impending divorce, and she’s left overwhelmed with the bakery’s everyday operations. As if that weren’t enough, all of her usual suppliers are under attack from an unknown assailant, and it’s becoming apparent that Jenn is being sabotaged. When the local authorities don’t make the case a priority, it’s up to Jenn and Cletus to do some investigating of their own.

With a cast of quirky, colorful characters, and an engaging storyline that has a bit of mystery and danger, Engagement and Espionage is a book that fans of Penny Reid’s Winston Brothers Series are sure to love. Not only do we delve further into the relationship between Cletus and Jenn, but we get more insight into the complexities of their characters. What I found so amusing was that Cletus seems just as likely to commit a crime as he is to solve one, but Jenn is like his conscience, attempting (often futilely) to reason with him and dissuade some of his more diabolical schemes. But this book wouldn’t be quite so fun if Cletus tampered down his natural inclination to incite chaos, now would it?

Whether you’re excited for more of Jenn and Cletus, or whether you have a (slightly unhealthy) obsession with the Hallmark Movies & Mysteries channel like I do, Engagement and Espionage is an undeniably entertaining read. I for one can’t wait to see what happens in the next book.

If you're a fan of YA romances, Entangled has several books from their Teen imprint on SALE for 99 cents right now!